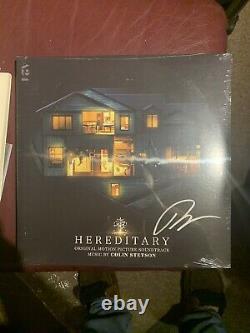 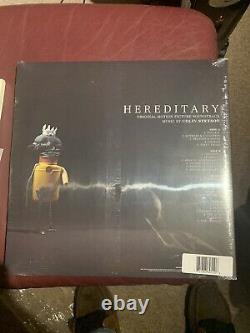 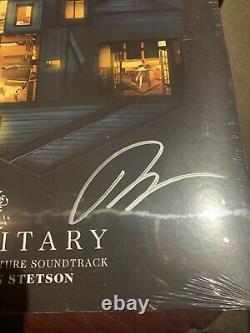 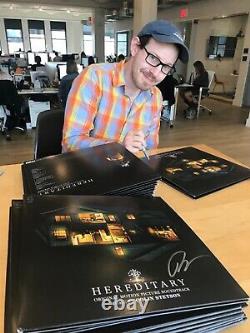 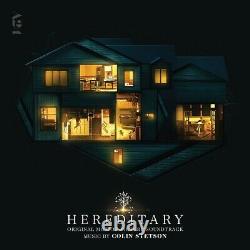 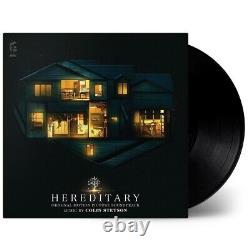 Colin Stetsons limited Edition of only 100 Hereditary Soundtrack That were signed/autographed by Ari Aster. When Ellen, the matriarch of the Graham family, passes away, her daughter's family begins to unravel cryptic and increasingly terrifying secrets about their ancestry. The more they discover, the more they find themselves trying to outrun the sinister fate they seem to have inherited. Making his feature debut, writer-director Ari Aster unleashes a nightmare vision of a domestic breakdown that exhibits the craft and precision of a nascent auteur, transforming a familial tragedy into something ominous and deeply disquieting, and pushing the horror movie into chilling new terrain with its shattering portrait of heritage gone to hell. Colin Stetson (Arrival, La Peur, Outlaws and Angels) has developed an utterly unique voice as a soloist, principally on saxophones and clarinets, his intense technical prowess matched by his exhilarating and emotionally gripping skills as a songwriter. Over the years he has worked extensively live and in studio with a wide range of bands and musicians including Tom Waits, Arcade Fire, Bon Iver, TV On The Radio, Feist, Laurie Anderson, Lou Reed, Bill Laswell, Evan Parker, The Chemical Brothers, Animal Collective, Hamid Drake, LCD Soundsystem, The National, Angelique Kidjo, Fink, and David Gilmore. Stetson's unique saxophone compositions were an inspiration for Aster when he was writing his new horror film Hereditary so involving him in its score was integral. Hereditary uses a lot of music, Stetson told FACT. This is a colossal score, and as so much of it is furthering both general and specific feelings of dread, confusion, and unraveling, the music has to be tied incredibly tightly to the picture. In this case, that was a joy, as the acting performances in the film are tremendous and really inspired the sonic character of the music from moment to moment.

The item "Milan Records Hereditary Vinyl Soundtrack Autographed By Ari Aster A24 Sealed" is in sale since Tuesday, April 14, 2020. This item is in the category "Music\Records".