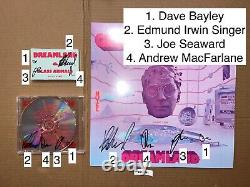 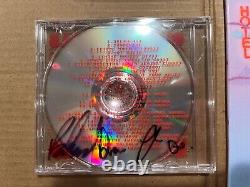 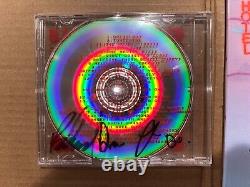 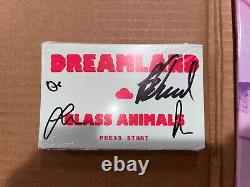 It was released on 7 August 2020, having been pushed back from its initial release date of 10 July 2020. Dreamland is the band's first album since How to Be a Human Being (2016) and was conceived in the aftermath of their drummer being involved in a near-fatal collision in July 2018.

The album was written and produced almost entirely by frontman Dave Bayley and features heavily autobiographical lyrics, a radical difference from the band's previous work. It derives musical and lyrical inspiration from Bayley's childhood in Texas, particularly from the popular culture and media of 1990s and early 2000s America. The album has been described as being "drenched in" nostalgia and is structured around a series of interludes of audio from Bayley's childhood home videos. Dreamland was influenced by the R&B and hip hop music from the early 2000s, and features an appearance from American rapper Denzel Curry. Dreamland received mostly favourable reviews from music critics and debuted at number 2 on the UK Albums Chart and number 7 on the US Billboard 200. Five singles were issued in promotion of the album: "Tokyo Drifting" (with Denzel Curry), "Your Love (Déjà Vu)", the eponymously named "Dreamland", the chart-topping "Heat Waves", and "It's All So Incredibly Loud". A visual album, entitled Dreamland: The Home Movies, was released on VHS shortly after the album's release. This is unconditionally guaranteed to be authentic. You will receive this exact item pictured in this listing. This item is hand signed by Glass Animals (Dave Bayley, Andrew MacFarlane, Edmund Irwin Singer, and Joe Seaward).

This item is not auto-penned, stamped, or a reproduction. Guaranteed to pass any third party authentication.

This comes from a professional collector with a background in the music industry with over 20 years collecting authentic memorabilia. You must provide all documentation and correspondence between yourself and the authentication companies listed above. This item is the real deal.